Look at this mess:

That mess up there is the polling trend map for Pennsylvania, courtesy of Pollster.com.

I’m not a very good gambler. I once got swindled by some guy in N.Y. for $20, and promptly lost another $20 trying to win the first $20 back. So I’m not going to declare anything about tomorrow with too much certainty. I will say I had a dream last night that Obama lost by 6 points, which is exactly the worst possible amount for him to lose by, as it is neither a glorious win for Clinton that will keep her campaign energized on the way to Indiana, nor is it close enough to get her to drop out of the race.

I’d say it’s likely Obama loses by 3%. If he’s down in the popular total by that small an amount, the weird distribution of delegates will have him take those in the end, a la Texas. And if that happens no one in the party is going to let her keep running.

Obama, though, can’t manage to seal the deal. And he’s a lot better at the surprise wins … so if things look close and optimistic for him, you can be pretty sure he’ll get screwed in the end. With that in mind, I’d also say that he might lose by 12-13%.

So, uh, my finally prediction? Obama will lose, probably, but maybe only by 3% … or also maybe by a whopping 12%. Or I’m psychic and he loses by 6%. There’s also a chance that he’ll lose by some number between 3%-12%, or maybe even by more. Or that it is nearly too close to call. And there’s the off chance that he’ll win by some number.

Anyone want to bet me on it?

Primaries of the Future

Guess what happened while no one was paying attention to anyone but Pennsylvania and it’s super-horrible-boring-snorefest of a lame-o debate?

Obama shot ahead in Indiana:

And now … Obama is 20 points down. Since it was done like, yesterday, it must be that we’re all really bitter ’cause Obama called us bitter. I hate it when politicians tell the truth.

Last week, PPP released a poll saying that Obama had overtaken Hillary in Pennsylvania 45% to 43%.

I didn’t bite. There are a million ways that polls can be screwed up, and the only way to estimate accurately is to discard the outliers and go for averages. But the latest poll by American Research Group shows a statistical tie: 45% to 45%. Maybe the PPP poll wasn’t so far off?

The RCP average still has Clinton with about 7 points on Obama, so maybe ARG and PPP are in cahoots to get mad media for themselves.

Some scary numbers for Obama, who’s suffering from some severe Rev. Wright fall-out. But he’s released his commercials for the state, featuring him looking mighty healthy and not racist next to a bunch of old white guys, so the numbers should change, right?

Ok, I promise, the last “I hate polls” post for a while. But really, evil media, why do you have to freak  out at national polls eight months before the general election?

Of Course WALNUTS! McCain is gaining ground right now. Half of Americans think the Democrats are crazy right now, half don’t care, and the other half are old people who answer their phones … because only old people answer their phones. So yes, Rasmussen Reports, McCain is up. It’s the benefit of getting nominated first. You don’t have to keep making an ass of yourself. But no every newspaper ever, it’s not significant. Because eight months ago Hillary was going to face Giuliani in a match up that was going to leave Bloomberg president and king of the world.

Posted in polls, the media, what republicans?

But, While We’re on the Subject of Polls …

Columbia University professors Robert S. Erikson and Karl Sigman wrote an analysis of the big SurveyUSA state-by-state polls for the Pollster blog and tried to figure out what might happen in the general.

Warning: The rest of this article is about as mind-numbingly boring as humanly possible.

Polls this season are like an old dude with a prostate problem: hit and miss and likely to leave a mess on your floor.

It seems like it should be straightforward. Ask some people how likely they are to vote, who they’re going to vote for, and what party their affiliated with. Extrap 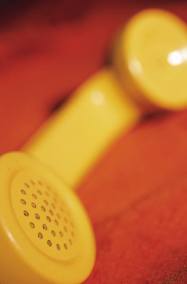 Except … who are you asking? Is it old people with landlines who are home at 5 and will actually talk to a pollster? Where are they geographically? What race are they? How much money do they make? Do they own a television? Are they lying to you for fun?

And where are you getting those numbers? Pennsylvania polls are a great example of how many things could be very, very wrong. The Clinton strategy is to pull in all the blue-collar tried-and-true old school Democrats. They’re registered, have been Dems for decades, might actually have a home phone line and might even talk when they get the call.

Compare that to Obama’s strategy. He’s trying to fight an uphill battle, yes, but what makes it even tougher for him is Pa.’s closed primary. The independents and switch-over Republicans can’t vote for him unless they change their party affiliation, and that’s what he’s trying get them to do. The campaign is burning through registration forms (note: the campaign is upstairs from my office, and I get to hear them complain). But what polling firm has these new Democrats numbers? What if they don’t identify with being a Democrat, but have still switch affiliations to vote for Obama?

How are they going to answer when a they get a call?

I’ll keep putting up the polls as I get ’em (no new ones out today), but until we even know who’s registered (March 24 deadline, people), I’ll take them with a grain of salt.

The poll added a question whether Geraldine Ferraro’s comments are racist. Only 23%

of whites believed they were. Maybe Ferraro’s off-the-handle scream fest wasn’t so much one crazy, bitter lady who happened to be affiliated with Clinton’s campaign as it was at the very least a serendipitous misstep (or on-purpose accidental gaffe) that allows Clinton to make just the jab she needs to appeal to the beloved blue-collars in Pennsyltucky.

Not unlike Rendell’s now infamous lines:

“You’ve got conservative whites here, and I think there are some whites who are probably not ready to vote for an African-American candidate. I believe, looking at the returns in my election, that had Lynn Swann [2006 Republican gubernatorial candidate] been the identical candidate that he was –well-spoken, charismatic, good-looking — but white instead of black, instead of winning by 22 points, I would have won by 17 or so.” [Pittsburgh Post-Gazette]

The survey also reports that Clinton is crushing Obama everywhere but the Philly area, where they’re statistically tied.